Please join us for lunch and an informal discussion about the history of Juneteenth and the conflict between the U.S. and Black America.

Juneteenth is a celebration of the announcement of the abolition of slavery in Texas on June 19, 1865  and enforcement of the Emancipation Proclamation by the United States government.  This year marks the 151st anniversary of the festival.  Conflict Kitchen will be serving a menu from June 18 through 26 created in collaboration with Black and African American chefs and restaurant owners from around Pittsburgh.

Carleen King: MBA Carleen has roots steeped in Southern cuisine. She began cooking with the woman of her family at the age of five. Her love of food quickly outgrew her love of corporate America. In 2011, she founded Carmi Soul Food along with her husband, Mike King.

Chef Charles “Chaz” Smith II: A designer, painter, sculptor, muralist and restaurant owner, Chef Chaz is a true renaissance man. He has worked in the hospitality industry for 15+ years managing some of Pittsburgh’s finest hotels and restaurants. His love of world travel has influenced his dishes in his independent catering company, The Culinary Artists.

**Drew “DJ Big Blitzburgh”Allen will be DJing outside Conflict Kitchen from 11a-1p before the Lunch Hour. 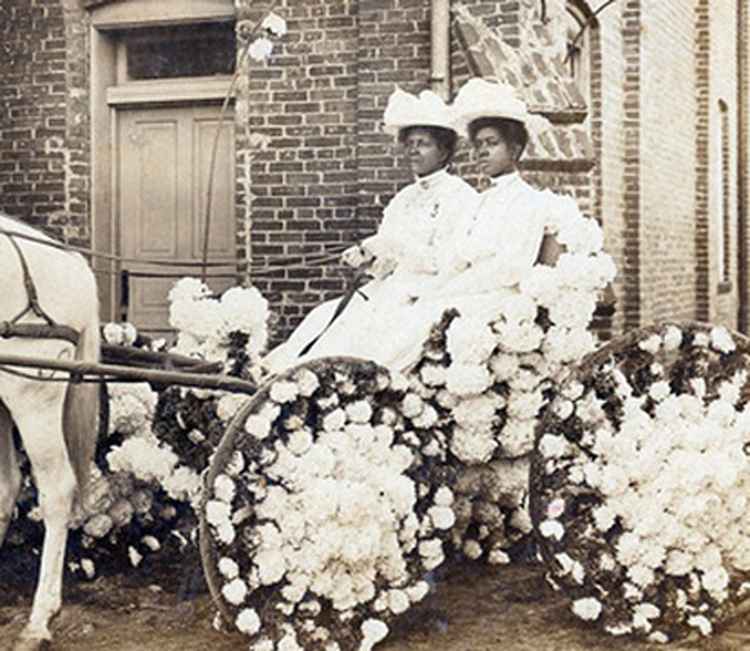 Above image: Women ride in a Juneteenth parade in Houston in 1900