On Wednesday we will be handing out the same free candy that Kim Jong-Un is giving (in an insidious annual practice) to children throughout North Korea to celebrate his birthday.

Text as it appears on the candy insert:

Last January 8, North Korea’s news agency KCNA reported that Kim Jong Un celebrated his birthday by airlifting presents to students. He aimed to deliver one kilo of candy to every child under ten years old. The radio report announced: “Students from elementary schools and children in kindergartens and nurseries nationwide received the bags full of gifts of love. […] With the concerned affection of a true father, Kim Jong Un gives the good things that come along to his children first, and this time gave children nationwide a candy bag in the expression of his love.”

Students in the DPRK also receive candy from the government on February 16th and April 15th, the birthdays of the deceased former leaders Kim Il Sung and Kim Jong Il. On these national holidays, students, teachers, and parents assemble at elementary schools to pledge their loyalty one by one to the DPRK. Before accepting the candy, the students bow before the leaders’ images and say “Thank you, Great Leader Grandfather! Thank you, Father! Thank you so much Marshal Kim Jong Un!”

This candy bag is modeled from an image released out of China in 2009 by the South Korean site DailyNK. Its label reads ‘Nothing in the World to Envy’, and it shows the Mangyongdae Schoolchildren’s Palace, built in 1989 in Pyongyang for extracurricular activities. The chariot statue – which is surrounded by magnolias, the national flower, and Kimjongilia begonias – carries children, the ‘heroes of tomorrow’. 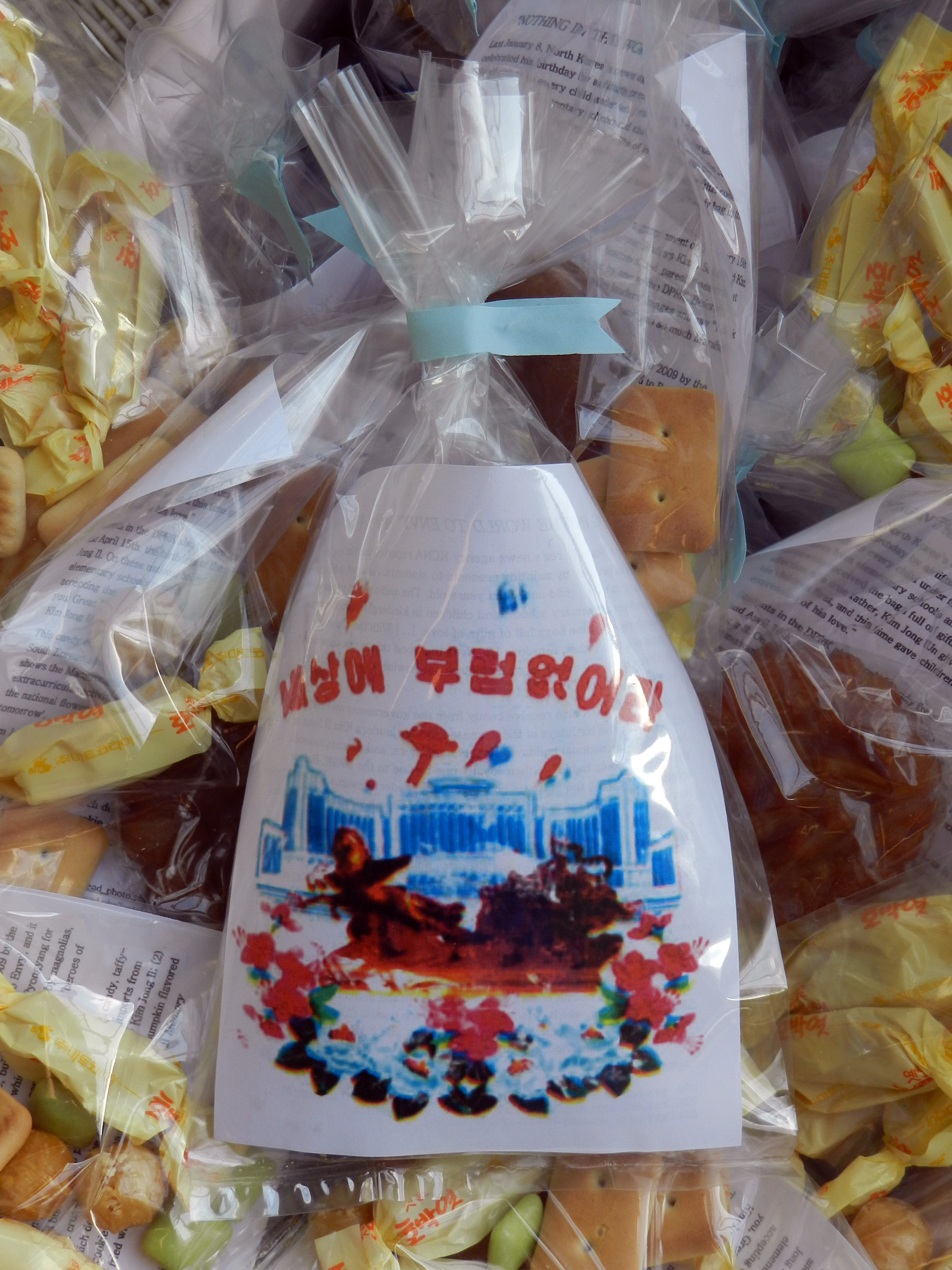