Conflict Kitchen played host to almost seventy students and teachers from Pittsburgh’s Ellis School on Wednesday, December 8. Conflict Kitchen co-creator Dawn Weleski presented the project and bolani filled with spinach, potato and leeks, and red lentils were served to the guests. Afghan-American Mohammed Sidky fielded great questions from the students about Afghanistan on topics ranging from the role of women in Afghan culture to the sort of government that Afghans might want to have in their country. Iranian-Americans Akram Karmani and Amir Moghimi presented information on life in Iran and discussed the role of Iranian universities in their culture.

Thanks to the Ellis School students who provided such a lively and intelligent discussion about the culture and politics in both Iran and Afghanistan. Special thanks for Mohammed Sidky, Akram Karmani, Amir Moghimi, Michelle Rust, and the Shadow Lounge. 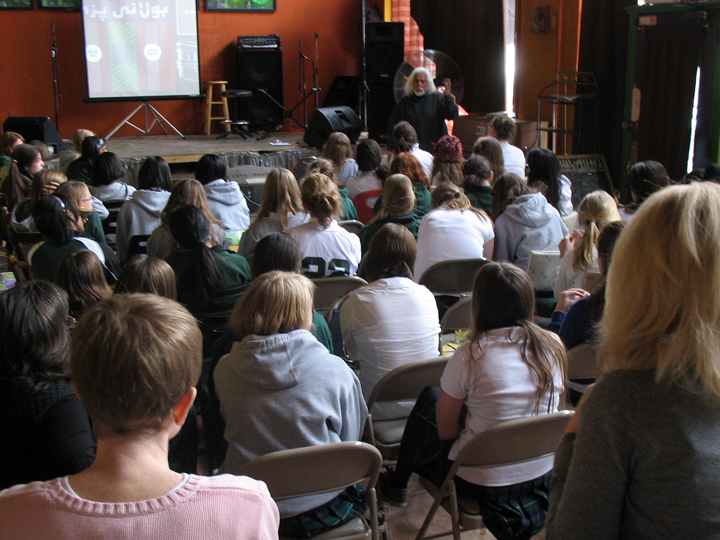 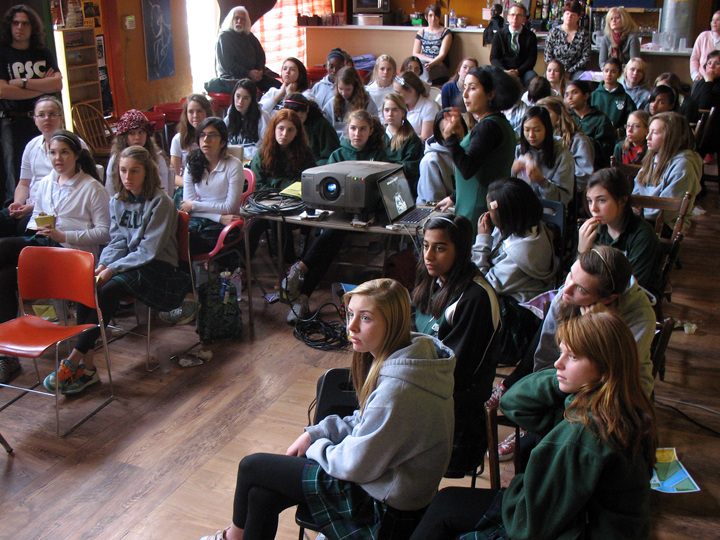