Letter to the Editor of Pittsburgh Post-Gazette

The management and staff of Conflict Kitchen recently submitted a letter to the Editor of the Pittsburgh Post-Gazette in response to an image featuring Cleveland Indians baseball fans in redface published on the front page of the paper. The full text of the letter and the referenced image is below.

We were dismayed that an image of three Cleveland Indians baseball fans in redface was printed on the front page of the Post-Gazette’s late edition on Wednesday, October 28, 2016 with the strangely benign caption “Cleveland Indian fans pose for a picture Tuesday inside Progressive Field before Game 1 of the Major League Baseball World Series against the Chicago Cubs.”

The Cleveland Indians baseball franchise’s insistence on maintaining the team name and racist mascot of Chief Wahoo is unconscionable, and we find it disturbing that the Post-Gazette would elect to participate in, and thus condone, such racism by printing this image. A quick Google image search reveals that the very same image was printed the previous day as a part of a USA Today Sports feature entitled “10 Photos of Indians Fans Wearing Racist Costumes to the World Series.”

We believe, and apparently so does USA Today, that redface is minstrelsy — plain and simple. It contributes to the dehumanization and cultural erasure experienced by Indigenous communities throughout the U.S., at the profit of few and entertainment of many.

We implore the Post-Gazette editorial staff to challenge this racist practice by printing a public apology for this egregious error in editorial judgement.

The Management and Staff of Conflict Kitchen 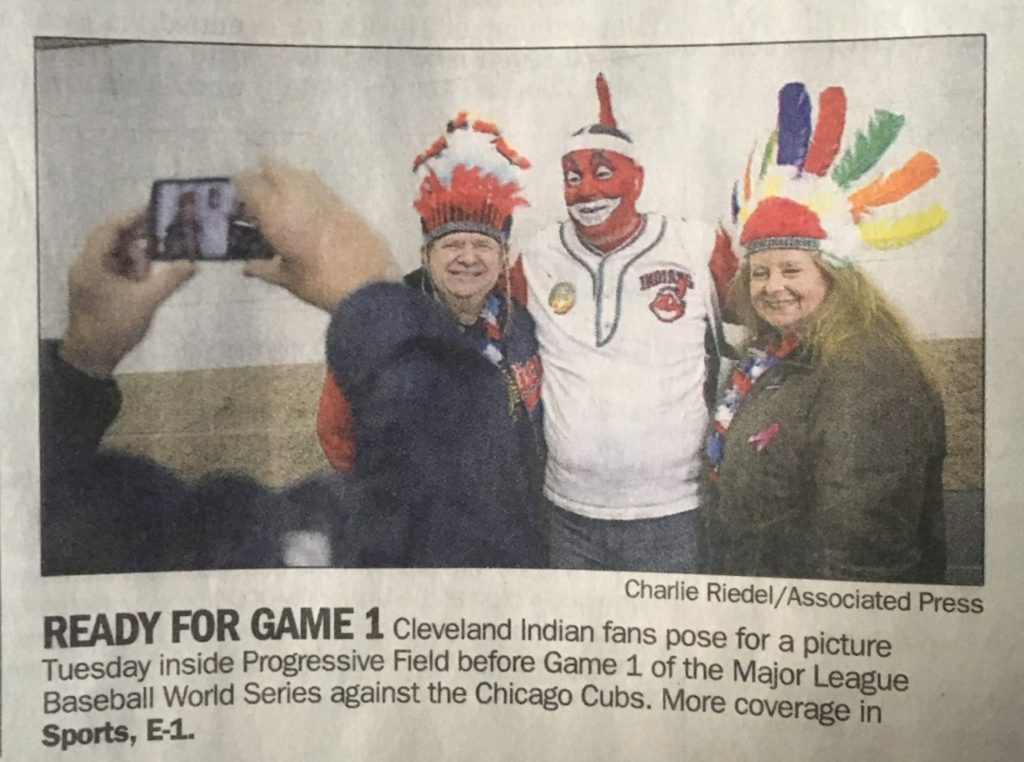 Above: The image as it was printed and captioned on the front page of the late edition of the Pittsburgh Post-Gazette on Wednesday, October 28, 2016.

Below: The image as it was printed and captioned in the online USA Today Sports feature on Tuesday, October 27, 2016. 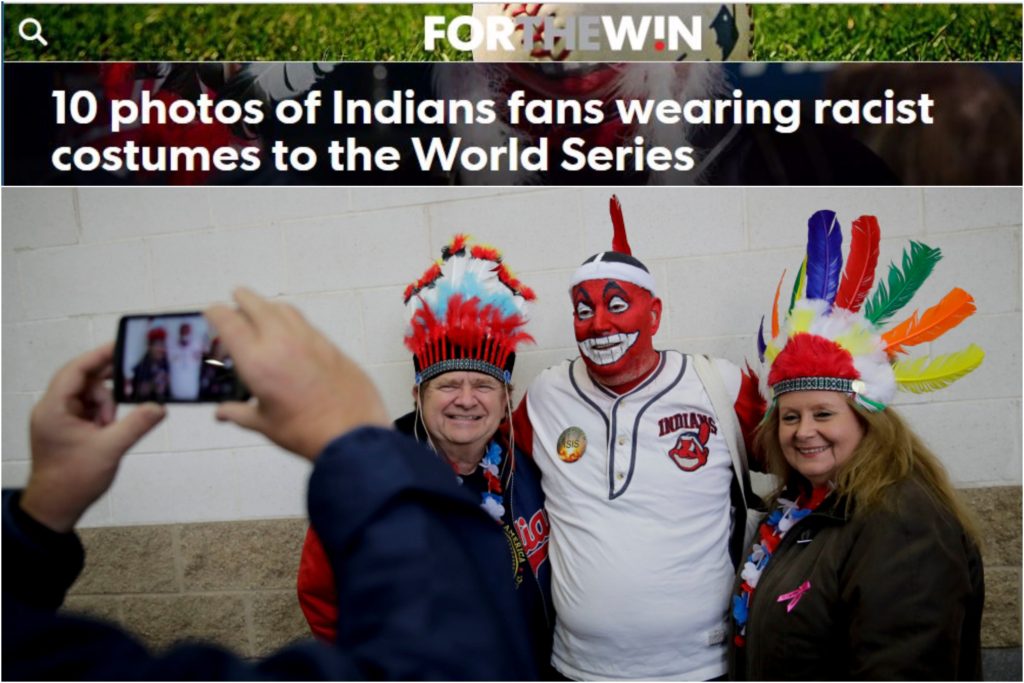