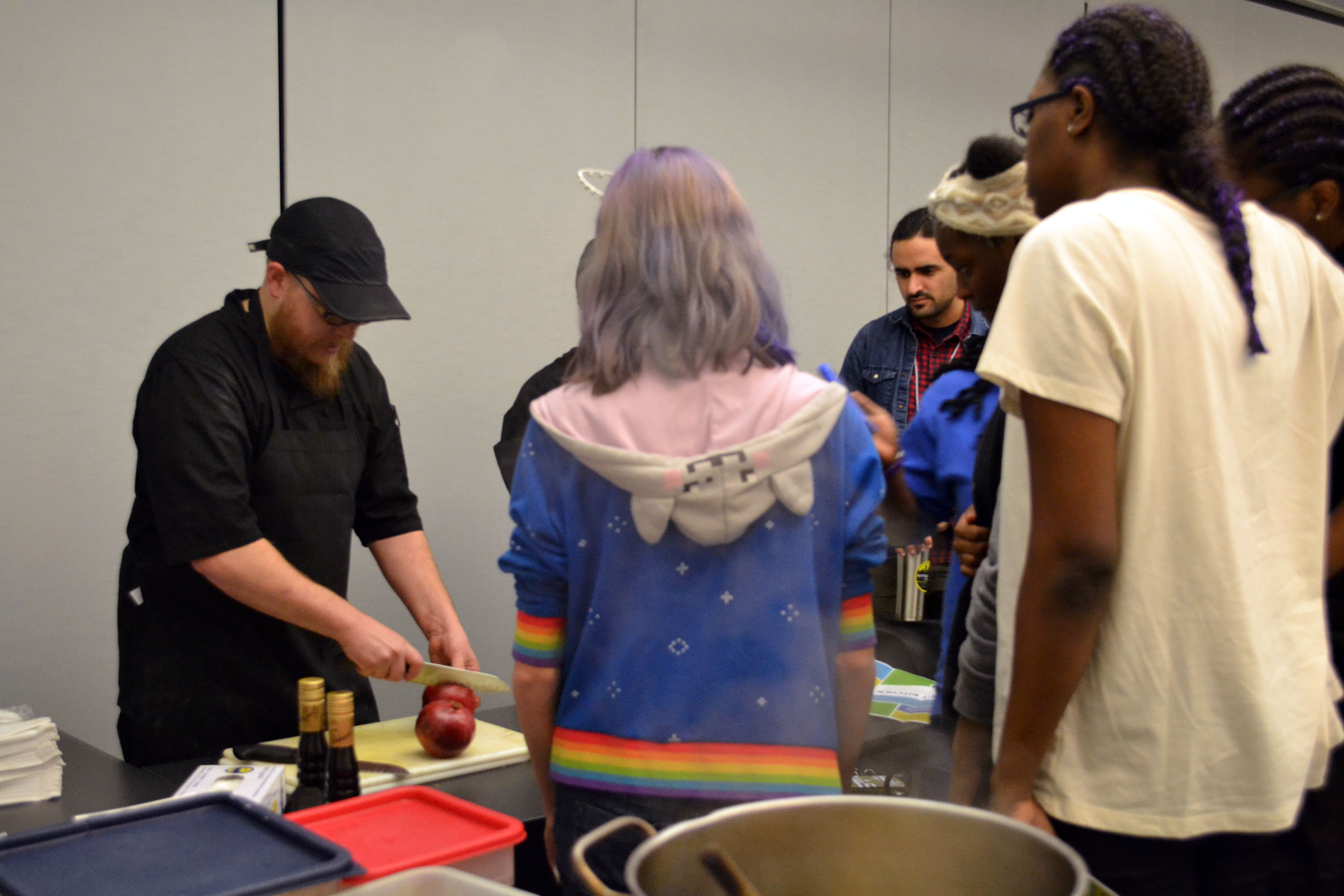 Conflict Kitchen Culinary Director Robert Sayre and Education and Outreach Director Blaine Siegel joined a group of teenagers at the East Liberty Carnegie Library for a demonstration on how to cook the Iranian dish Khoresht-E Fesenjan (pomegranate and walnut marinated chicken on steamed rice).

The teens jumped right in and helped Conflict Kitchen prepare the food. Once the aromas of the Fesenjan began to emanate from the room, curious adults and another group of ravenous teenagers joined in too.  As we cooked we also discussed the mission of Conflict Kitchen,  how research is conducted to prepare a new iteration, concepts of “hot and cold” in Iranian cuisine, and how Robert became a chef,  among other topics sparked by some great questions from the participants. 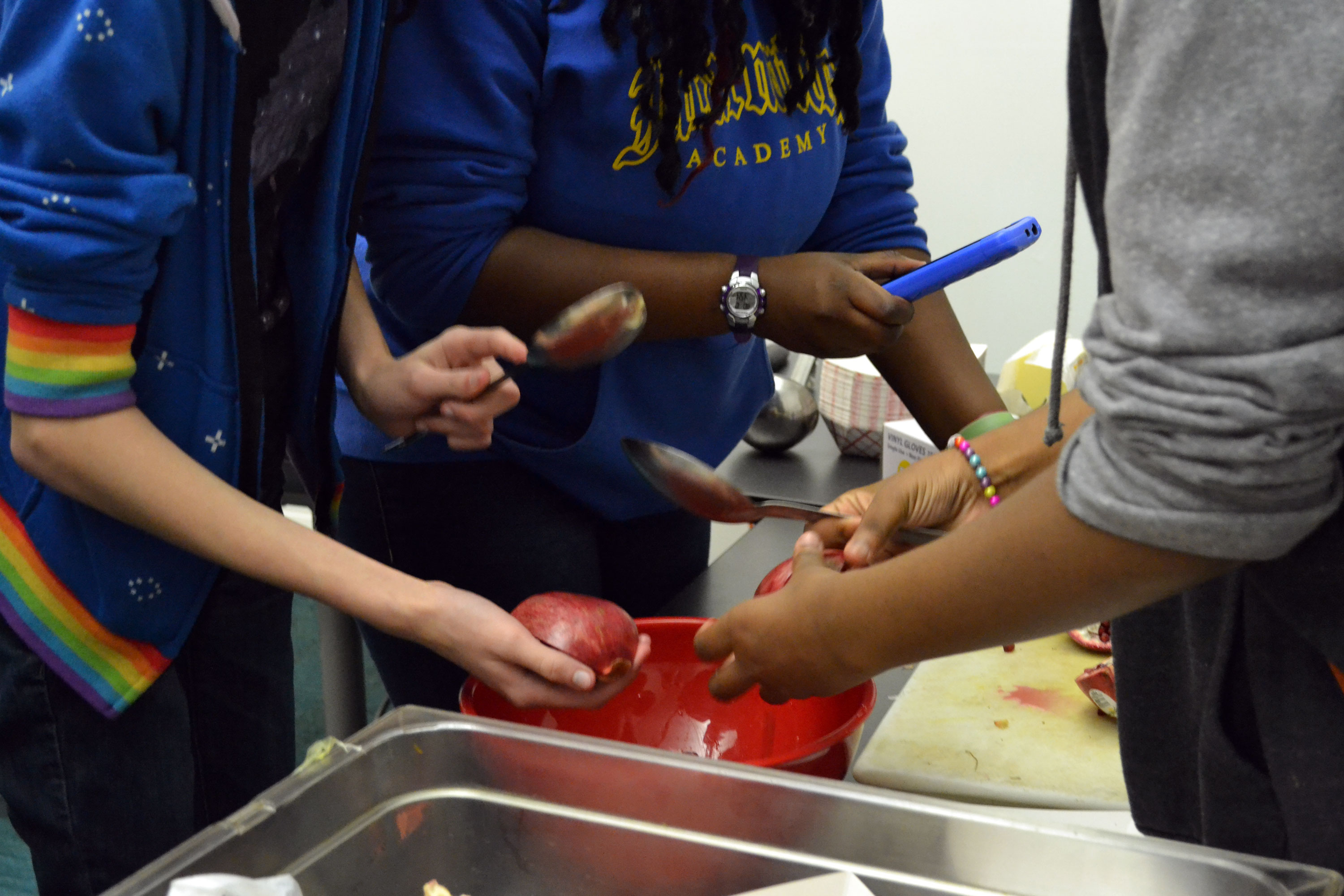 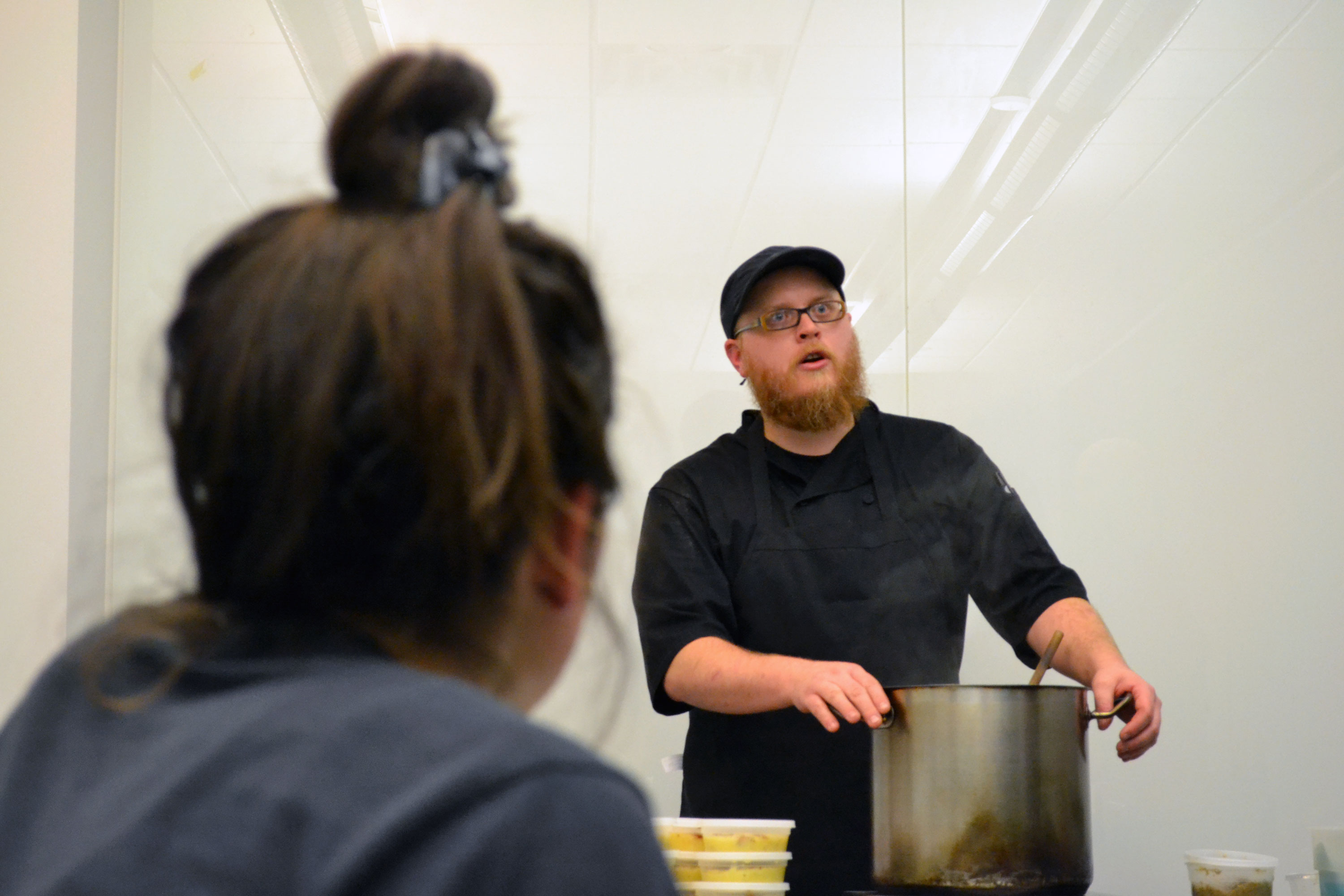 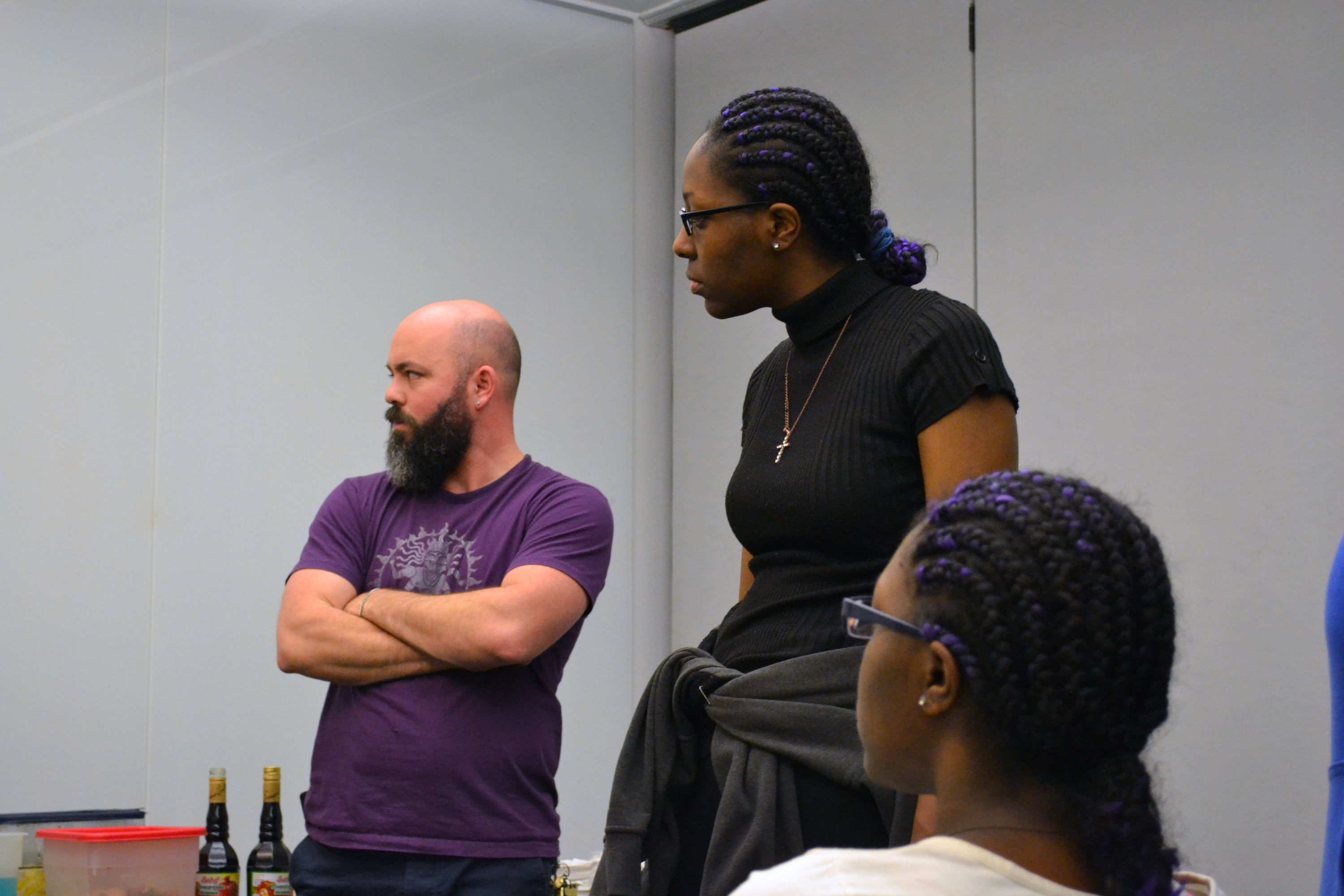